The team from Hazen Union Middle School, in Hardwick, Vermont, conducted an action research project over the fall semester of 2015, centered around deepening students’ connection to their community. They called the unit “I Belong”.

It provided students with tech-rich opportunities to engage with the small and rural community of their town.

When Hazen attended the 2015 Middle Grades Institute to create an integrated unit about identity, they worked well together as a group, making effective use of the chalkboard all week to map out detailed plans. Low tech, but highly effective.

To set some context, Hazen went 1:1 with iPads for the first time this year and they introduced PLPs at the same time as well. They had done some work with integrated units but not a lot; they were really tackling major shifts in practice.

How did they make it happen?

The video provides an overview of the work.

Hazen’s principal, John Craig, who attended the Middle Grades Institute with his teachers is very much interested in telling the story of the work. You can see that in his focus on social media at the end of the video.

What he’s done is also create a blog — not just written by him and profiling the great work at the school, but he’s also inviting both students and teachers to blog, and he’s been pretty successful with that so far.

To continue learning and growing throughout the school year, we are using a group blog together to make our learning and thinking visible. One of the first things we shared after the first month or so of this project were both the successes and the challenges from each of our perspectives. John Craig learned from a Hazen student how to use an app to add a monster filter to his face and he shared that on the group blog to express what it sometimes feels like each day when faced with multiple challenges to transformation.

Another way John Craig actively shares the story of transformation with his community is through podcasts. Let’s take a listen to one of his podcast episodes.

Abby, a 7th grader, presented her PLP in front of the school board. What I noticed was as Abby presented, the school board began asking questions. The first question seemed to be directed to John Craig. Without missing a beat, Abby stepped in, and answered the question because it was about her work. I just love that. That’s how well prepared she was and how much she owned the learning.

What does a student’s personal learning plan look like for this unit?

And now, these are some screenshots Abby’s been kind enough to share with us from her PLP.

It’s set up with a space to demonstrate Vermont proficiencies, but also content area learning, as well as global citizenship and English and language arts. Here’s some evidence of her learning Abby chose to add to her PLP.

And when asked about a project she’s really excited about, she replied that she’s very excited about paying attention to and highlighting negotiated learning.

Now, negotiated learning at Hazen is around a project of interest to students that includes some type of community service. In order to better understand how to frame questions, they were able to connect with students from the Edge Academy at Essex Middle School — students who have plenty of experience negotiating learning with their teachers. For her project, Abby chose to work together with a group of friends to make and sell baked goods and donate the proceeds to the Food Pantry.

Teal Church, a science teacher, was introduced on the last day of the Middle Grades Institute, to Lindsey Halman and her students, and was so jazzed about negotiated learning, she brought it back to the crew, so impassioned, and advocated that in addition to changing teaming structures, going 1:1 with iPads, doing a deep dive into integrated unit work, and introducing PLPs, negotiated learning was a necessity to increase student voice in their school.

One last thing: this is John Craig, the principal. Some of you may have noticed that in the video, the student had a self portrait with interactive elements on her eyes. What they decided to do with Thinglink, which is an interactive content creation tool that allows you to embed icons linking to further resources directly in an image — is have each student tell his or her story using Thinglink and add the portrait to the PLP.

The icons can link out to any media type, any text, any image. And so John went ahead and made one for himself as an example to share, highlighting a new member of the Hazen community, a major part of his identity. 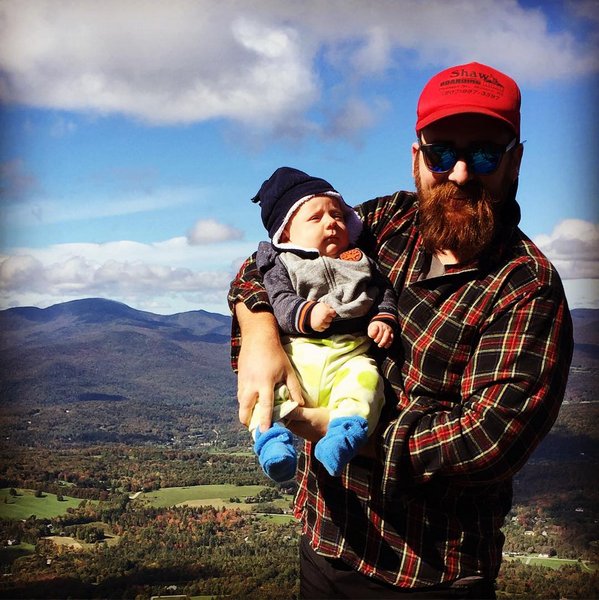 Lessons learned from a community conversation on race

Tackling school change as a community

6 thoughts on “A community-based interdisciplinary unit”